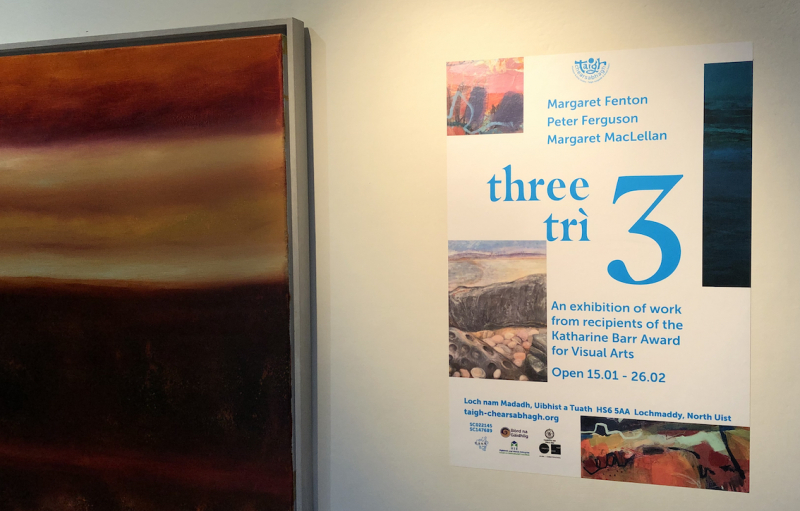 New show for 3 artists at TC

Taigh Chearsabhagh Arts Centre reopened after its maintenance makeover week at 10am yesterday (Saturday January 15) with an exhibition of new works from Margaret Fenton, Peter Ferguson, and Margaret MacLellan.

Entitled 'Three', the showing brings together works made by each artist after they were awarded the Katharine Barr Memorial Bursary.

People now have the chance to pop in and see how each painter has interpreted the edges, lines, and outside world of North Uist. 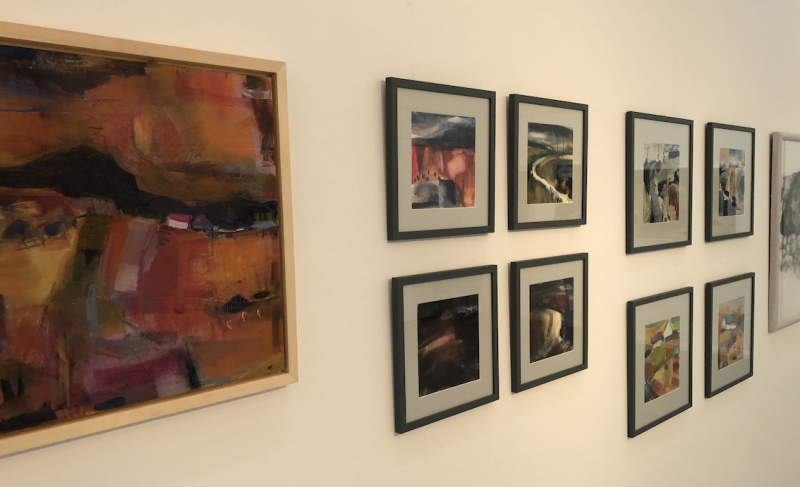 Margaret Fenton writes: “It started with a proposal, a simple statement, an idea, a series of work, recording, documenting the Locheport road from the passing places. The why’s, the how’s, the what’s explored through 4 sketchbooks whilst sitting in the car, in ditches, on top of rocks, amongst the heather or standing leaning against a stob.

"All painting is abstract, even if the elements of the painting adhere to recognisable shapes it would still be my abstract distorted representation. Sounds have shapes, wind can create rhythms across the page, birds on wires disrupt the sky, clouds change the colour easily as moods pass through. The road disappearing and curving as a thin line or a dark block interrupting the space ahead creating the sense of knowing and the sight of known marks.

"Three years later and many changes I have strayed from the road into layers of paint, mark making and rich deep colours engrossed in the freedom to construct my own way 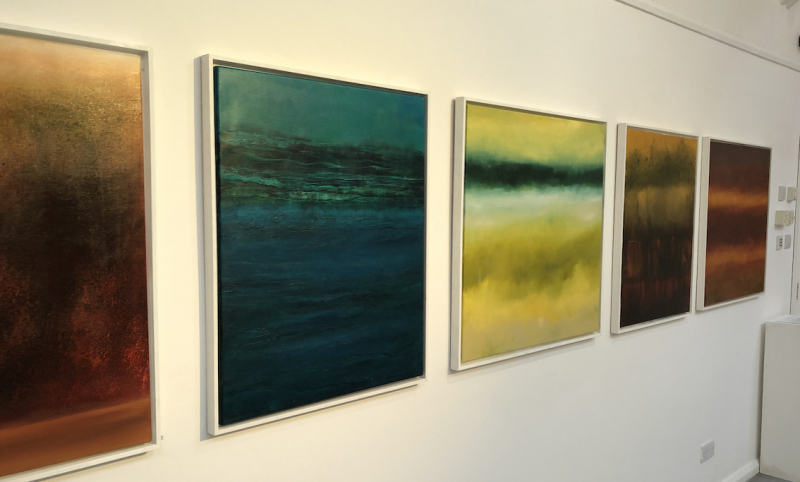 Peter Ferguson is a painter in oils with an interest in abstracting Uist landscape elements. The series of paintings in this exhibition focuses on striations suggested by the horizon, waves, lazybeds and peat cuttings. 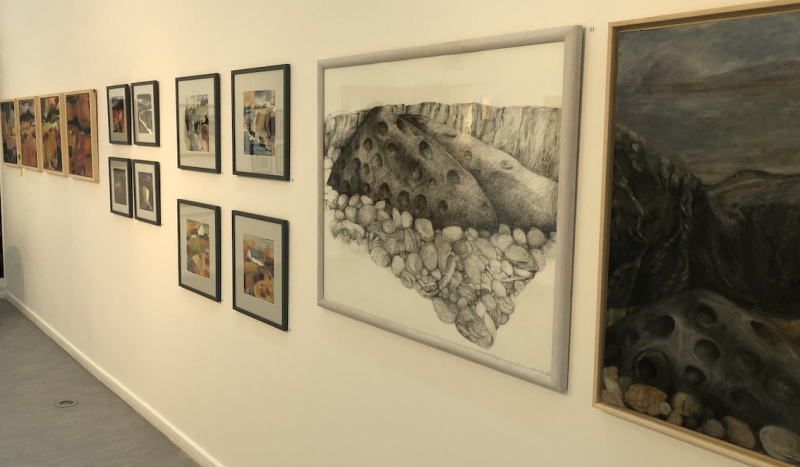 Margaret MacLellan is a graduate of Edinburgh College of Art and a lecturer at Lews Castle College. Painting, drawing and printmaking are her primary output. Margaret’s proposal for the award was to walk form her house and and explore the coastline accounting the changing weather fronts. She has over the intervening period made drawings paintings and etchings reflecting these experiences, fondly remembering Katherine’s friendship and conversations.

Taigh Chearsabhagh hosted a retrospective of Katharine Barr’s work in 2016, Cloud, Sea and Shore curated by Anne Reid. Following this, three annual bursary awards were made available to visual artists based in Uist.