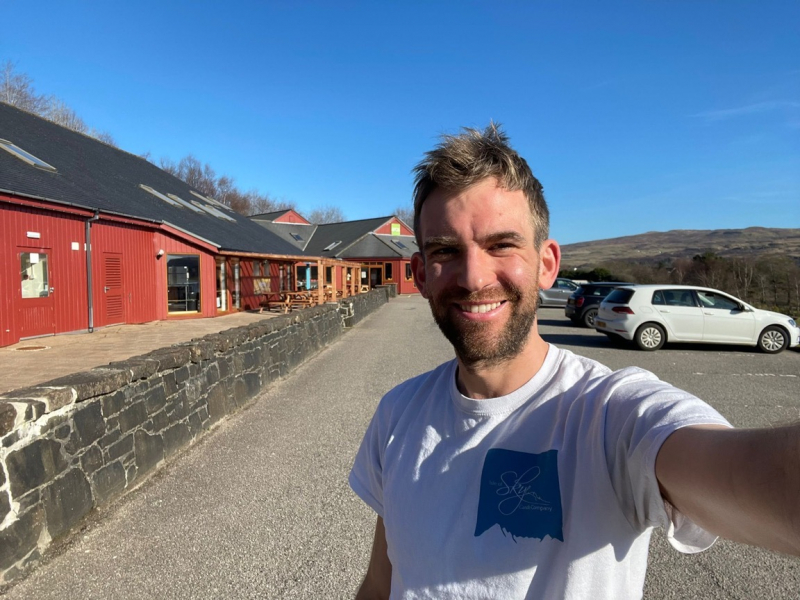 The Aros Centre - a familiar sight for islanders on the main road out of Portree towards Broadford on the Isle of Skye - has changed hands after being in existence for almost 30 years.

Today (Saturday March 19) was the first day for the centre - which includes a theatre/cinema, gallery areas, a book and gift shop, and large restaurant among other facilities - to be under the control of the Isle of Skye Candle Company.

The Candle Company says on social media that it is so excited to finally share what it has in store for everyone. Although, they admit, "some of you will probably know what is one of Skye’s worst-kept secrets!"

The family-run company was only set up in 2006 as a home business – it opened its first store on the island in 2011 in Broadford and now also has outlets in Glasgow, Edinburgh, Inverness and St Andrews. It also runs the Deli Gasta café in Broadford in a building which was once the Skye Serpentarium.

Isle of Skye Candle Company chief James Robertson, whose father is from North Uist, admits he has always wanted to build a visitor centre on the island, but always said the one thing that would have been better than building his own, would be if the Aros Centre were to be for sale.

And, towards the end of last year, that is exactly what happened.

The Candle Company say: "We understand how important it is to the community and…we want to ensure we continue its legacy with the people of Skye at the heart of what we do.

"Our design team are busy finalising things in preparation for renovations that we will be beginning soon. Whilst we are still very much in the early development stage of the project, there are a few things we are able to tell you.

"We plan to open a new eatery, run a bustling cinema and theatre (with particular emphasis on offering entertainment during the long winter months) and of course, a much larger area for the production of our much-loved home fragrance.

"During renovations, we will be keeping the current cafe/bar area open to the public and although we will be using the pre-existing décor and seating, we will be changing the menu and offering something similar Deli Gasta in Broadford. We also hope to reopen the cinema soon with a busy programme of films and events. 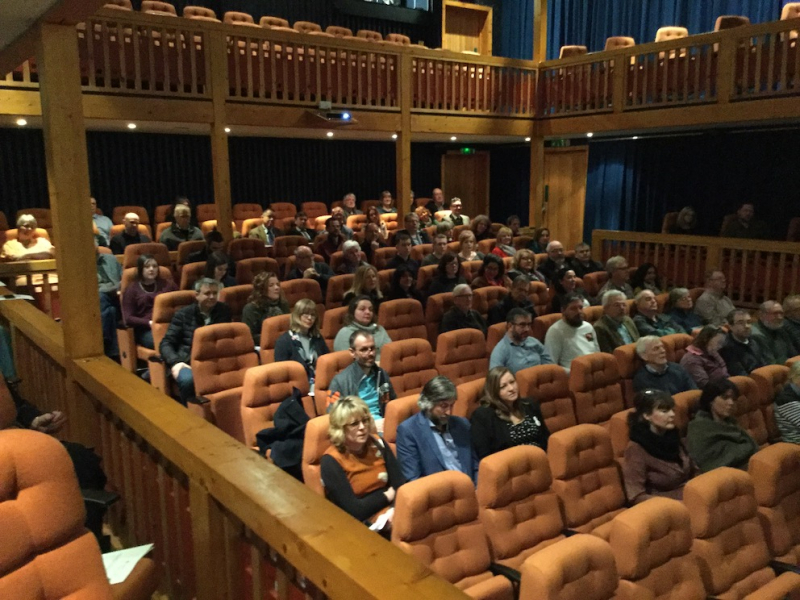 A meeting in the Aros Centre theatre in 2017

"We are delighted to have retained the staff who were working in the Aros Centre and can’t wait for them to be part of our team.

"We'd like to thank everyone involved in making Aros happen. It’s served the people of Skye since 1993 and without it, Skye wouldn’t have been as great a place to live. Having such a vibrant art and culture scene really helped make living here not feel so isolated."

On the centre's Facebook Page, the retiring Aros Board said that "wish to thank all who have used the Centre’s facilities over the years since it opened in March 1993. Without your support we would not have managed to deliver our services and arts programme and we appreciate your loyalty and kindness over the years. We also wish to thank our staff, many of whom have been with us since we first opened our doors: we are pleased that all jobs will be retained and that the cinema and theatre will continue to operate. Finally, we wish the new owners of the Centre all success as they move forward with confidence, enthusiasm and gusto. We hope that our customers will continue to support them as this will be essential to maintain a vibrant arts and cinema programme."

In a recent interview with globalscot.com (https://www.globalscot.com/case-studies/how-isle-of-skye-candles-sparked-international-success) it was explained how the company was founded by James and and his brother Raghnall.

Raghnall told of the move from cottage industry to global presence.  “It was myself and my brother, James, who started the company. Though we grew up in Glasgow, Mum’s from Skye and Dad’s from North Uist. So, after school, James just left and came up here. He was working in a soap shop, making scents, and felt he could make candles with the scents – so he did.”

Inspired by nature, it stays true to the sustainable ethos they began with: with a desire to protect, celebrate and conserve the land. It’s always been a core principle of theirs – and built into their business model.

“We were one of the first brands to use soya wax. When we first started, there weren’t too many brands using it – though if you look now, soya wax candles are everywhere. But we’ve certainly always been environmentally conscious – as you would be, with a relationship to this part of the world.”

“You can bring back your empty glasses and we’ll reuse them. And you’ll get a discount for doing so. Sustainability has always been a focus of ours: we’re not doing it as part of a fad, we’ve been doing it for six or seven years, as a key part of the business. And we’re always trying to think of things from an environmentally friendly point of view.”