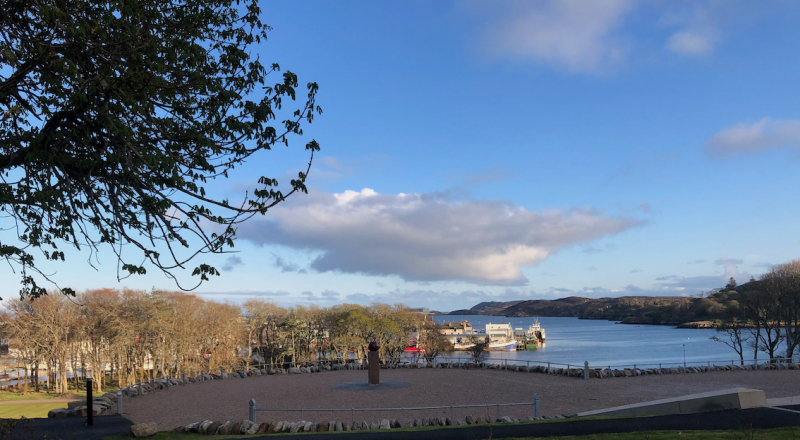 How Isles population is changing

According to a new study of population growth and decline on Scotland’s islands from 2001 to 2020, people are fleeing east Stornoway and increasingly locating around Broadbay and on Point.

The study is part of a flurry of islands-related activity during the last Scottish parliamentary session which resulted in the 2018 Islands Act and Scotland’s first ever National Islands Plan.

A central aim of these efforts is to address depopulation trends and “ensure a healthy, balanced population profile” on Scotland’s islands. This week sees the publication of the second annual report on the National Islands Plan, and later this year the four-year progress report on the Islands Act will be published.

Over the current parliamentary session, the Rural Affairs, Islands and Natural Environment Committee will scrutinise the effectiveness of the Scottish Government’s islands policies.

National Records of Scotland statisticians are forecasting population reductions for all of Scotland’s island local authorities over the next 20 years.

However, a new blog post focusses on the past two decades using

The population estimates show that in 2020 there were 2,800 more people living on Scotland’s islands than in 2001, a 2.6% increase over the period.

However, at the same time, Scotland’s population as a whole grew at the significantly faster rate of 7.9%. Much of this mainland growth took place in the central belt, as well as in Aberdeen, Aberdeenshire and Highland Council areas.

Most of the growth in Scotland’s island population since 2001 took place in the Orkney, Highland and Shetland Islands council areas. Island communities in Argyll and Bute and in North Ayrshire, on the other hand, saw significant reductions in their populations. The population of Na h-Eileanan an Iar – the most populated islands-only local authority – is more or less the same as it was in 2001.

Data is available for individual islands, areas within islands or island groupings, and this allows us to see population changes at a fairly localised level. The following chart shows that almost all island datazones in Argyll and Bute saw reductions in population over the past 20 years, with the Isle of Bute seeing the most dramatic reduction. On the other hand, almost all island datazones in the Highland Council area – mainly areas on Skye – saw increases in population. The most striking increases since the turn of the Century have been in the East and West Mainland areas of Orkney, and in the Broadbay and Point areas of Lewis in Na h-Eileanan Siar.

The majority of people living on Scotland’s islands are now in the over-45 age group. This is not the case for mainland Scotland, where the under-45 age group is still the majority (albeit just). Of course, people living longer is no bad thing; however, aging populations can put pressures on certain public service, whilst the long-term sustainability of communities may be at risk if there’s a shortage of young families, young adults and children.

As the National Islands Plan (see page 18) points out, many of Scotland’s islands are projected to see significant decreases in the numbers of children and working-age people living on them. It cites the example of Comhairle nan Eilean Siar, which could see a 20% decline in the working-age population and a similar level of decline in the proportion of children over the next 20 years.

One of the major exercises in information gathering in recent years has been the commissioning of the National Islands Plan Survey in 2020. This collected information on people’s perceptions and experiences of island life and was completed by 4,347 people on 59 islands. One of the survey’s clear conclusions is that experiences of island life can vary considerably by island group; Scotland’s islands should not be treated as one homogeneous group. This is also the case when we look at the experience of depopulation over the past twenty years, with some island communities growing whilst others have witnessed significant population decline.

Recognising this, the Scottish Government’s annual report on the Islands Plan (published this week) highlights work with the Convention of the Highlands and Islands exploring actions to tackle depopulation in the region, particularly in the local authority areas highlighted in this blog.