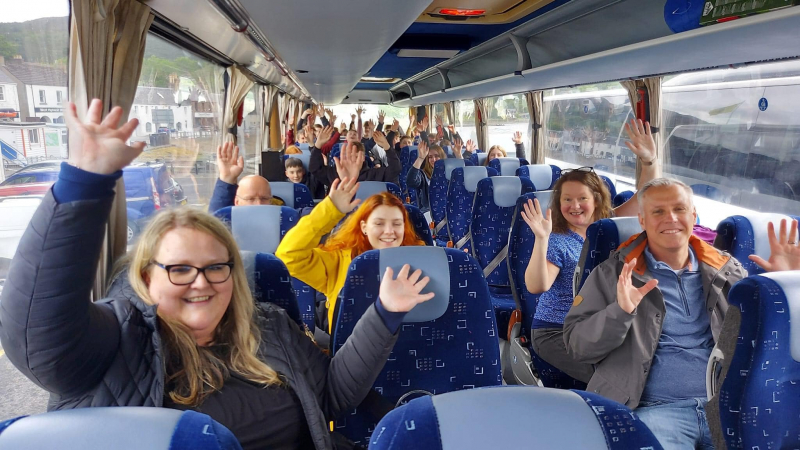 This was made possible with funding from Scottish Schools Pipe & Drums Trust, Muaitheabhal Community Wind Farm Trust, Urras Oighreachd Ghabhsainn, Horshader Trust and Gannochy Trust helping to fund a new drumming instructor.  The band has also been fund raising for over a year for full kilt outfits.

They explained on Facebook that the two bands had the “fantastic opportunity” to play with the Lochaber Youth Concert Band led by Mark Reynolds.

”What a sound.  The pipers were fortunate to have B flat chanters loaned by the Scottish Schools Pipes and Drums Trust in order to have this opportunity.”(watch here https://fb.watch/dHMZuvMEIp/).

The Trust helps to extend and sustain piping and drumming in Scotland's state schools, with a focus on remote and disadvantaged areas. They supported 3,750 pupils in over 270 schools last year. 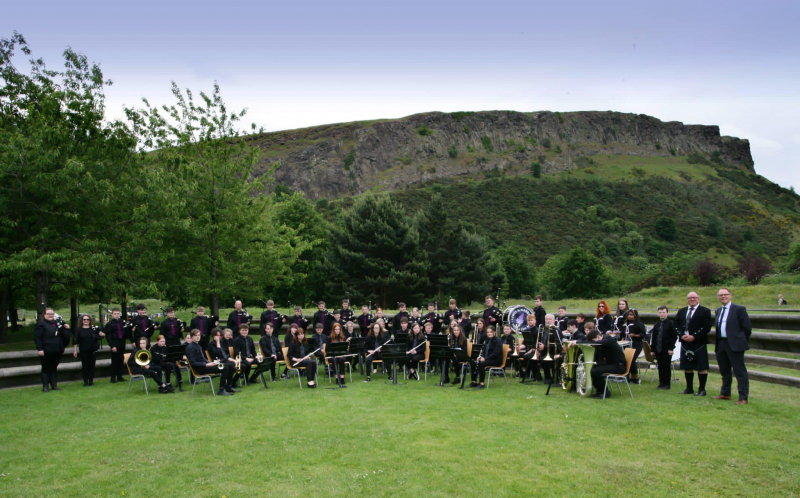 Lochaber High School has a history of Wind Band music stretching back over 30 years. The original band was set up as a combination of the woodwind ensemble and brass band musicians of the High School by Woodwind Instructor Karen Thomson and then Brass Instructor John Whyte. The band toured in Belgium and Spain and performed at the National Concert Band Festival on numerous occasions in its early days.  A junior woodwind group eventually invited some primary brass players along to form the LHS Junior Band. The current Wind Band programme in Lochaber High School – which has about 860 pupils – now has six bands with three primary school band classes in Inverlochy Primary school, a Junior Wind Band, Big Band and Senior Wind Band. 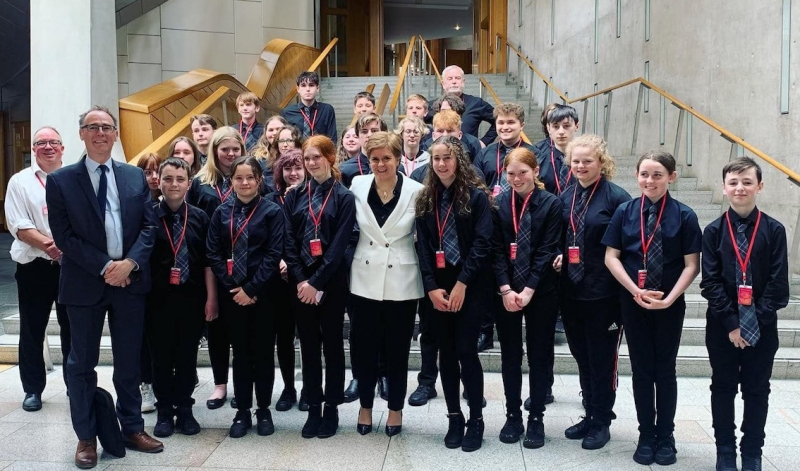 From Fort William, both LHYPB and LHYCB then headed for Stirling and then were playing at the Scottish Parliament Landscape gardens at 1:45pm yesterday (Thursday 16 June). They later met up with First Minister Nicola Sturgeon and local MSP Alasdair Allan inside the Parliament building.

“I then gave the group a tour of the parliament building, and the concert band were fortunate enough to bump into the First Minister!”

The LHYPB said afterwards: “Fantastic day at the Scottish Parliament with the Lewis and Harris Concert Band.  LHYPB then went on to play at the Princess Street gardens.”

(This report has been updated with details of funders since first being posted.)