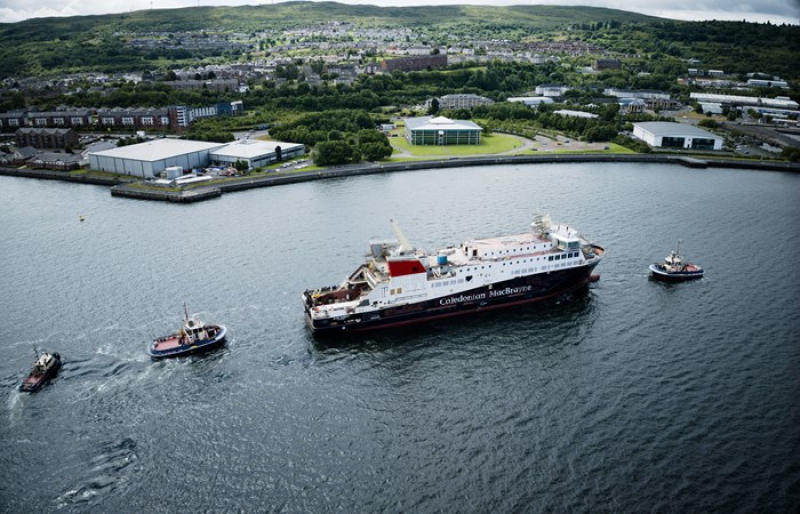 Ferguson Marine chief executive David Tydeman has today (Wednesday 10 August) offered a glimmer of light at the end of a long dark tunnel for ferry users in Harris and North Uist.

Mr Tydeman was reporting as the incomplete, over-budget and behind schedule dual-fuel ferry MV Glen Sannox returned to Ferguson Marine Port Glasgow (FMPG) after three weeks at Dales Marine in Greenock for essential works on propulsion systems, seals and bow doors. She was also given a fresh coat of paint. 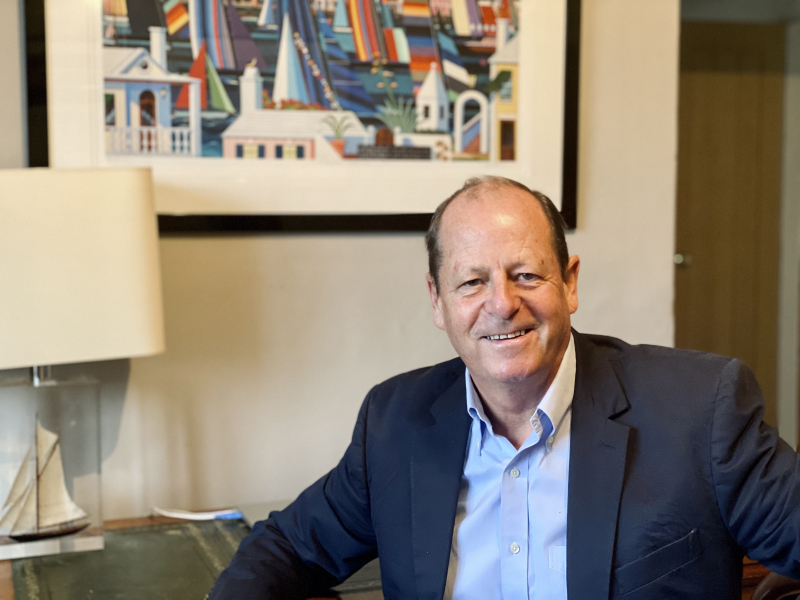 He said: “The vessel made a striking image as she moved up the Clyde, back to the shipyard.

“There is a real sense of pride and optimism among the workforce as they can now see the ship they have worked hard for approaching delivery between March and May 2023."

MV Glen Sannox's sister vessel, also under construction at the FMPG yard, is intended to serve the Uig triangle route between Uig, Tarbert and Lochmaddy.

Her size and conformation is part of the reason why works are needed on Uig’s harbour, closing that terminal down for six months from October this year.

The Uig vessel, still called Hull 802, is expected to be delivered between October and December 2023 – five years late and massively over budget. Mr Tydeman said he was confident both ships would be delivered next year.

In September, Mr Tydeman is due to give his latest status report to the Scottish Parliament’s Net Zero, Energy and Transport Committee.

In his last update at the end of June, he promised a new build strategy for the superstructure of 802 by the end of September and said that outfitting and commissioning strategies for 802 would be planned around a ‘clean set of new drawings.’

He said then: “By the time of my next letter to committee at the end of September, we believe we will have …. reshaped the delivery programme for 802.

“There remain risks and uncertainties with both programmes, supply chain and overall cost of living uncertainties, although more collaborative processes have started to identify opportunities to reduce overheads.”